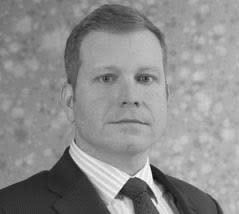 Andrew maintains a national practice, having litigated and tried a wide array of cases in federal and state courts throughout the country. He has extensive experience at all stages of civil litigation—from case investigation and inception to fact and expert discovery and trial—and has consistently achieved favorable results for his incredibly diverse client base.

U.S. Court of Appeals for the Second and Ninth Circuits

U.S. District Courts for the Central, Eastern, Northern, and Southern Districts of California

U.S. District Courts for the Eastern and Southern Districts of New York

• Serving as lead IP counsel for a corporate marketing executive pursuing her Silicon Valley-based former employer in the Northern District of California for failing to compensate her for developing a comprehensive marketing, rebranding, and product repositioning strategy and plan for the company.

• Directed the investigation, litigation, and discovery strategy for a direct purchaser class
pursuing federal antitrust claims in the Northern District of California against the leading
global manufacturers of passive electronic components.

• Served as co-lead counsel for a federally-recognized Native American tribe pursuing civil RICO claims in the Eastern District of California against former tribal officials and abettor defendants for their embezzlement of tens of millions of dollars in tribal funds.

• Served as lead counsel for an LA-based television production company defending against fraud, negligence, and interference claims, and pursing similar cross-claims against a former officer and owner.

• Obtained summary judgment for a prime brokerage and securities settlement and clearing firm in San Francisco Superior Court against a high-profile plaintiff’s claims of market manipulation in violation of the California Corporations Code.